Pointe du Hoc is an important site of the Normandy Landing of June 1944. The story of the taking of this point by a small corps of Texas Rangers, at enormous human cost, to bring their contribution to the success of the Normandy Landing, cannot leave visitors unmoved. The physical site itself is striking, and as such has become iconic of the D-Day undertaking in its totality. Occupied by the remains of the German defense structures, pock-marked by the craters of the bombing campaigns that preceded D-Day, Pointe du Hoc is a living memory that renders vivid the realities of D-Day. A wind-swept point immersed in silence, under a majestic, changing Norman sky, looking out over the vast expanse of the sea, Pointe du Hoc naturally predisposes to reflection. It is the perfect place to assimilate and contemplate the events that took place here, and their broader significance within humanity’s march. However, a disconnect has arisen over time. On one hand, the memorial importance of Pointe du Hoc has generated constantly increasing visitor interest. On the other hand, the physical design and operational management of the site has remained informal, not on par with the magnitude of the solicitations and of the importance of the site.

Our task is to put forward a vision for the decades to come that will allow the site to host millions of visitors in a way that heightens the meaning and impact of their visit to the site and that is at the same time respectful of the site and its history, protective of its cultural and natural heritage, accessible and safe for visitors of all ages and of all kinds, and well-organized from the functional and maintenance points of view. In our master plan we tell the story of the landing as chronologically as possible. We do this by introducing a path that follows the attack route that the Allies have taken to take over the area. This route floats over the landscape and passes various elements, such as bunkers, where the story of the landing is told. Once arrived at the last bunker at the point of Pointe du Hoc (the victory), a following route guides the visitors through the landscape, back to the reception area. This second route tells the horrendous downside of the events that took place on pointe du hoc and gives an opportunity to contemplate on these historic events. 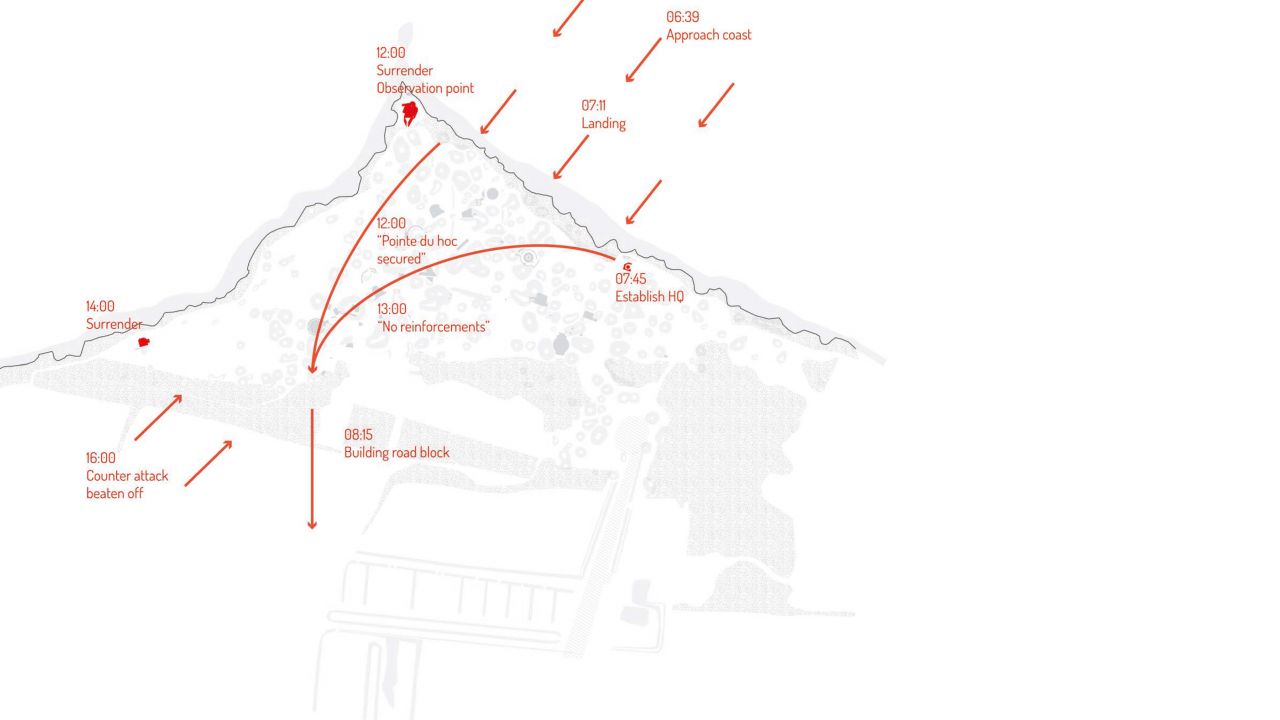 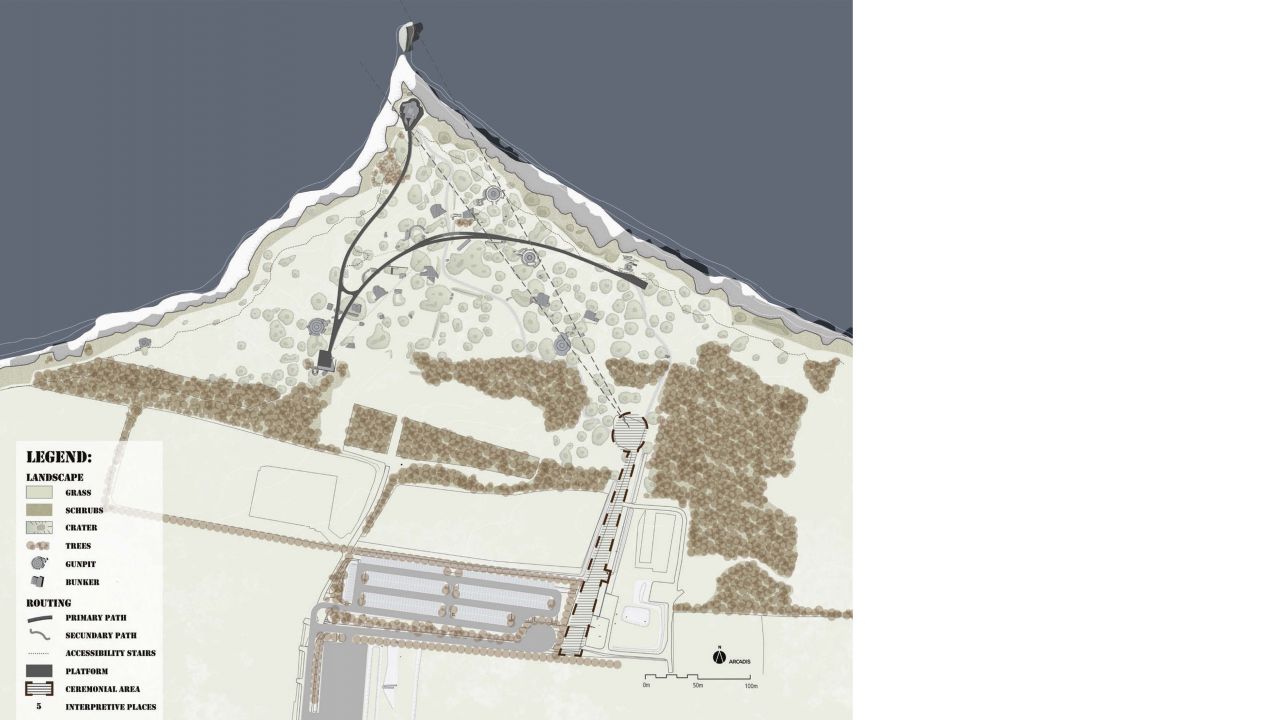 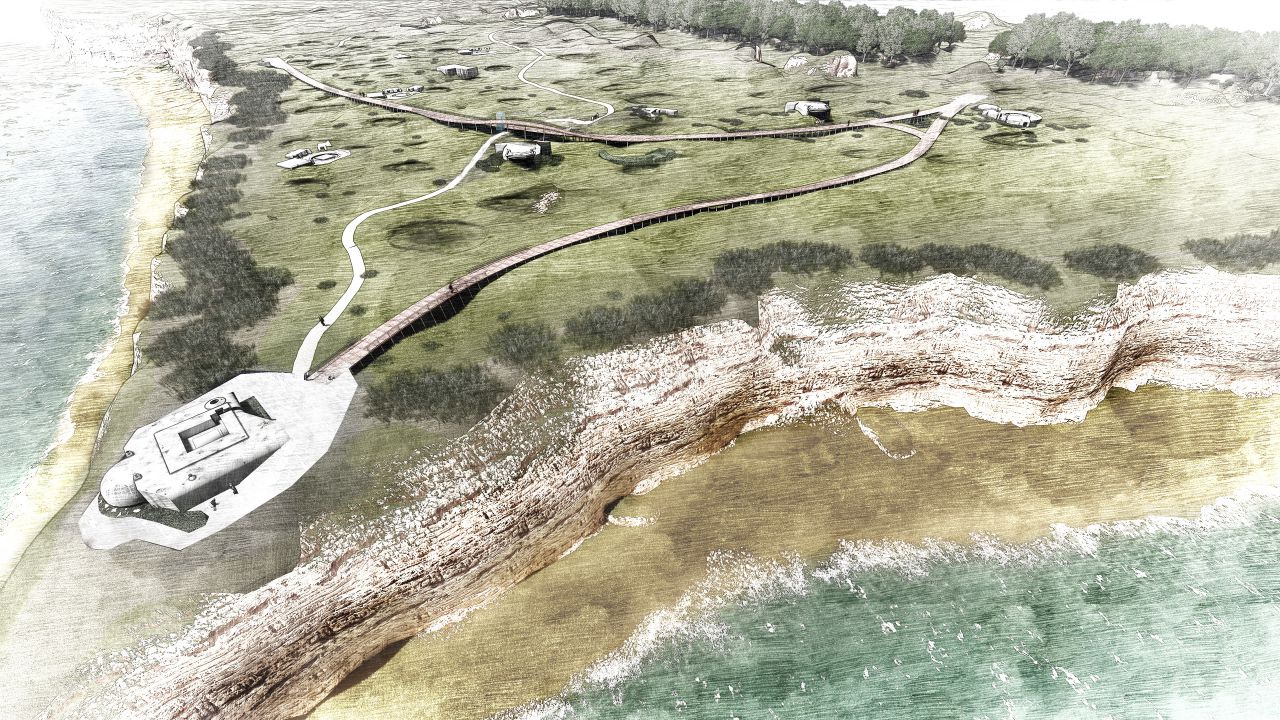 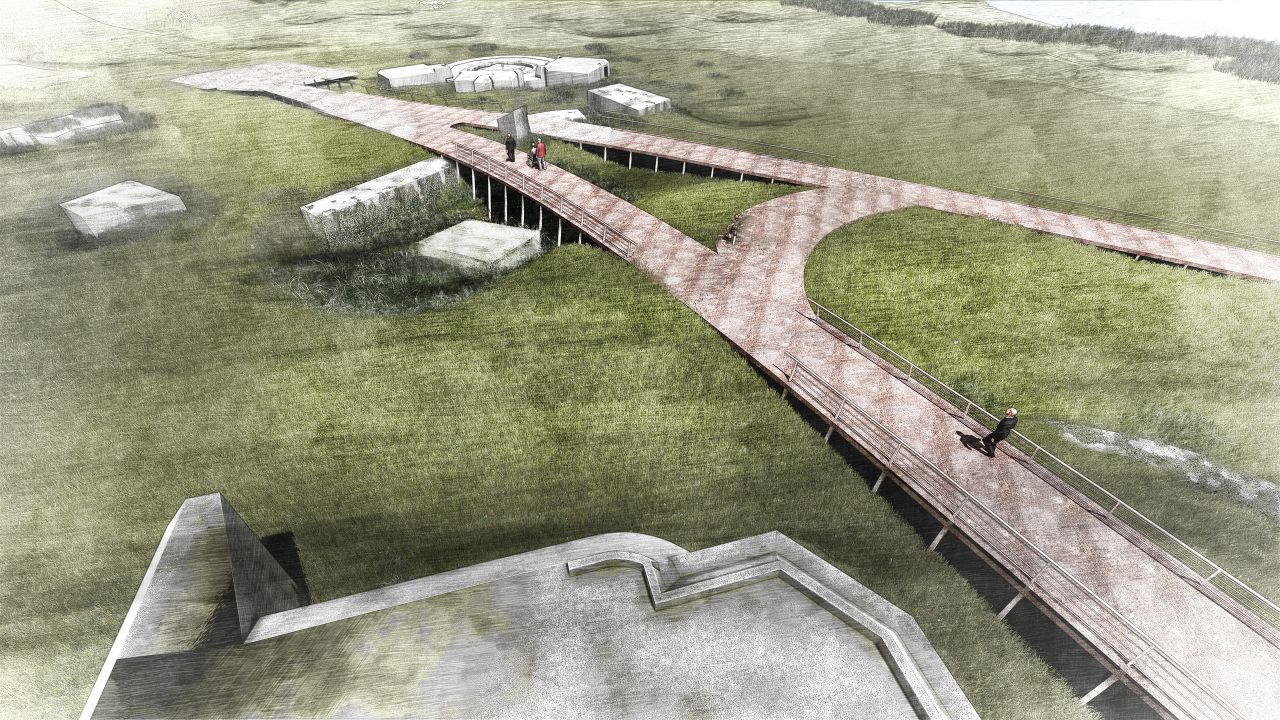 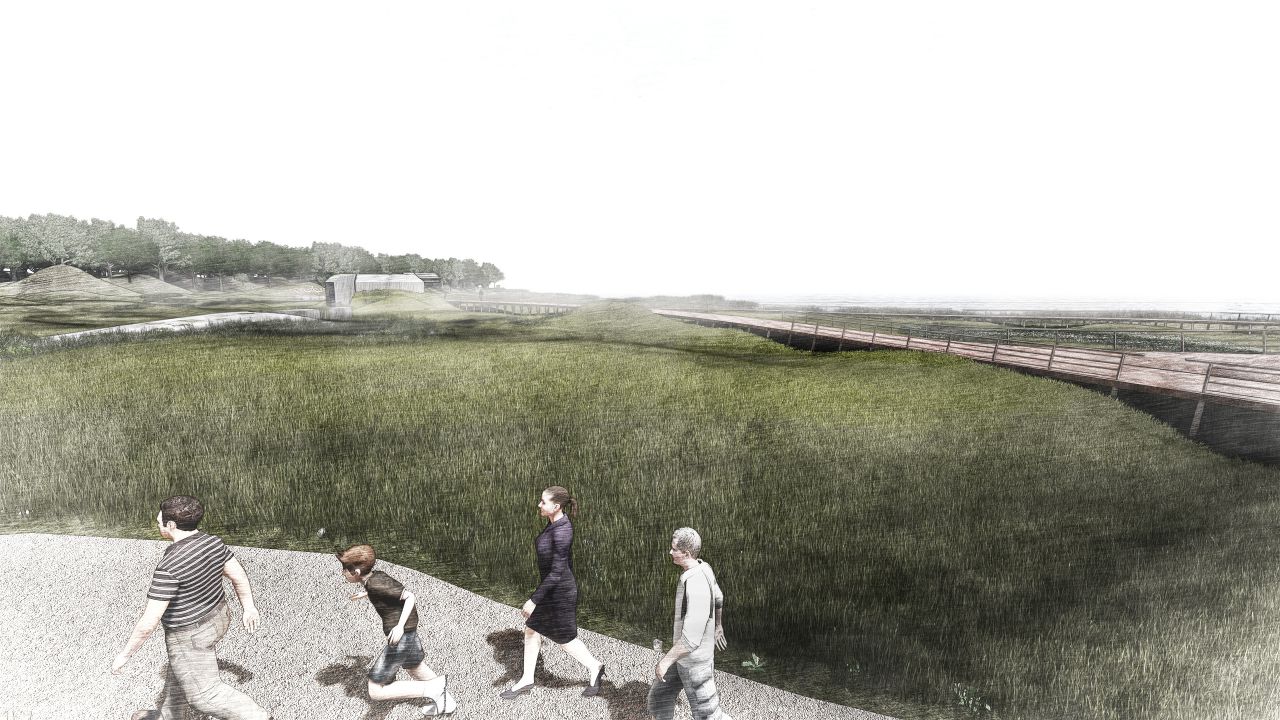 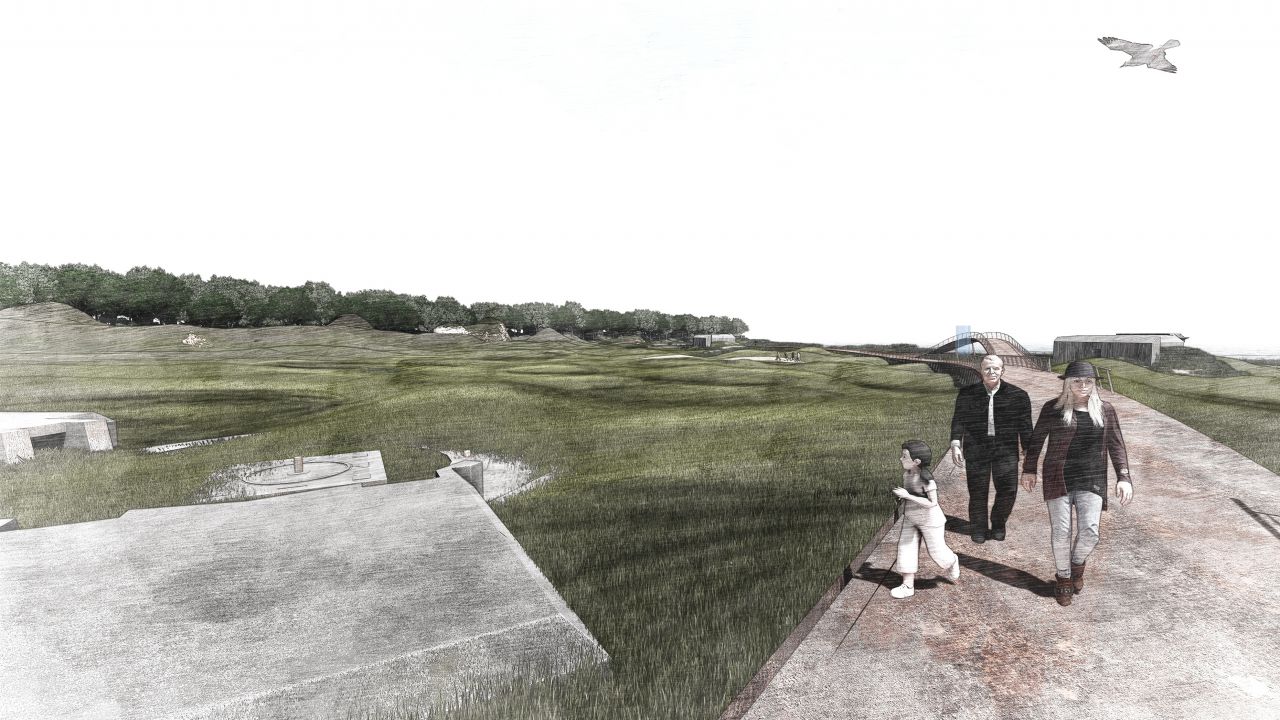 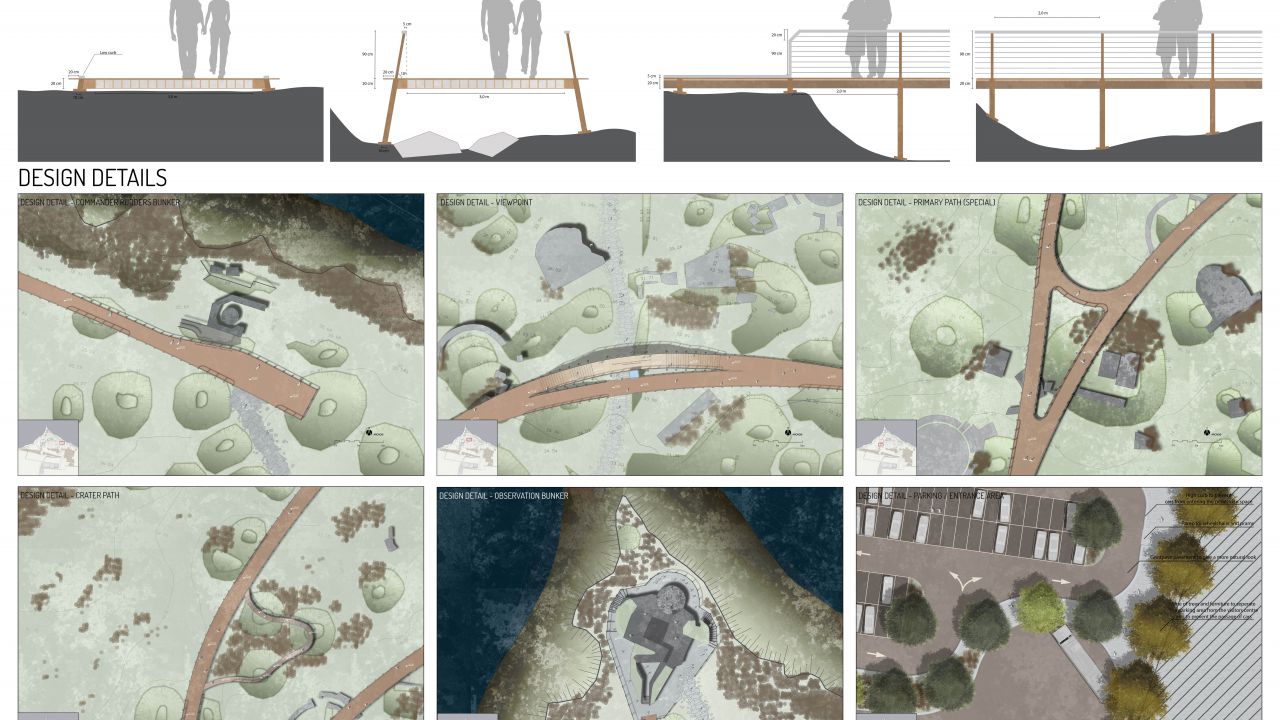